The Who Coins Release

The Who is the latest UK rock band to be featured on commemorative £5 coins as part of the Music Legends series from the Royal Mint.


Prices shown here may not be final, check eBay for final selling price plus any applicable tax, import or shipping charges. These are not our products for sale. Please check all details directly with the eBay seller before commiting to any purchase.

The Who Coin Designs

The coin’s dynamic design includes some of the most iconic symbols from the band’s live and loud performances – including a union flag, Mod logo, and speaker-smashing Rickenbacker guitar.

Together, the symbols on the coin form a pinball table, a nod to the single Pinball Wizard and album Tommy, one of the band’s most famous creations. With the latest colour printing technology, elements of the coin have been digitally printed to showcase the vibrant red, white, and blue of the band’s emblem.

Using the latest innovative technology and manufacturing techniques, a number of coins will feature a special ‘shockwave’ effect, radiating from the speaker – elevating the detail of the coin.

Designers and craftspeople at the Mint have developed this effect in honour of The Who’s record-breaking loud concert – a record that was held for a decade.

The Who are an iconic British band with an incredible musical legacy, so it felt right to honour them with an official UK coin. The Who coin is the latest in our show stopping Music Legends series, which celebrates legendary British artists through original new designs. It was a privilege to have Roger Daltrey visit the Mint to strike one of the first coins and meet the team of makers that have created this wonderful design. Our Music Legends series is engaging new generations of coin collectors, and we hope this design will become a cherished part of fans’ memorabilia.

Roger Daltrey, Co-founder and Lead Singer of The Who said

It’s an honour to have a coin produced to celebrate The Who’s musical legacy. The coin’s design captures the true essence of the band and what we represent. It was a fantastic moment being able to strike one of the very first pieces in the collection and see the range of technologies and processes involved in the making of the coin.

Pete Townshend, Lead Guitarist of The Who said

I am delighted that the band’s work is being recognised by this fantastic range of coins from The Royal Mint.

The Music Legends series of coins are each available in the following variants at the time of release.

The Who Brilliant Uncirculated Coins

The Who Silver Proof Coins

The Who Gold Proof Coins

The Who Rock Band 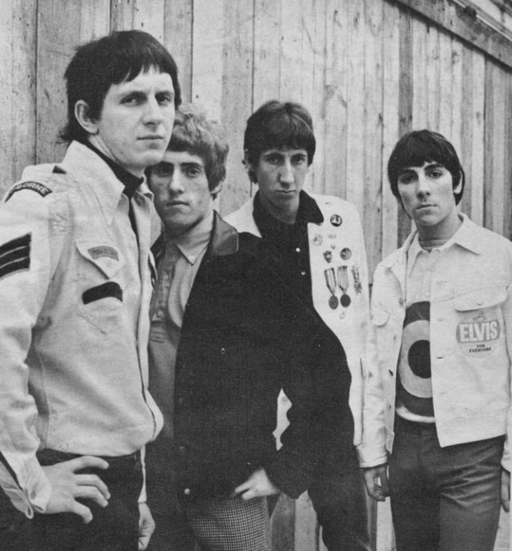 Published by Royal Proclamation on the 30th April 2021. Metals include gold, silver and base coins. The base coin will be finished to Brilliant Uncirculated and be £5 in denomination.

The Who Coins Reverse Design

The reverse design will be a depiction of a Rickenbacker guitar-shaped pinball machine accompanied by the inscription “THE WHO”.

The Who Coins Obverse Design

For the obverse impression Our effigy with the inscription “· ELIZABETH II · D · G · REG · F · D · ” the denomination in Pounds and the date of the year 2021. Some coins will have a grained edge.

Who is The Who?

The Who is an English rock band formed in London in 1964. Their classic line-up consisted of lead singer Roger Daltrey, guitarist and singer Pete Townshend, bass guitarist and singer John Entwistle, and drummer Keith Moon. They are considered one of the most influential rock bands of the 20th century and have sold over 100 million records worldwide. Their contributions to rock music include the development of the Marshall stack, large PA systems, the use of the synthesizer, Entwistle and Moon’s influential playing styles, Townshend’s feedback and power chord guitar technique, and the development of the rock opera. They are cited as an influence by many hard rock, punk rock, and mod bands, and their songs still receive regular exposure. Band Members:

‘THE WHO’ COPYRIGHT © 2018 THE WHO, ITS SUPPLIERS OR LICENSORS. ALL RIGHTS RESERVED.

06/07/202027/02/2022 UK Coins
Manage Cookie Consent
To provide the best experience on ukcoins.co.uk we use technologies like cookies to store and/or access device information. Consenting to these technologies will allow us to process data such as browsing behaviour or unique IDs on this site. Not consenting or withdrawing consent, may adversely affect certain features and functions.
Manage options Manage services Manage vendors Read more about these purposes
View preferences
{title} {title} {title}
Go to mobile version