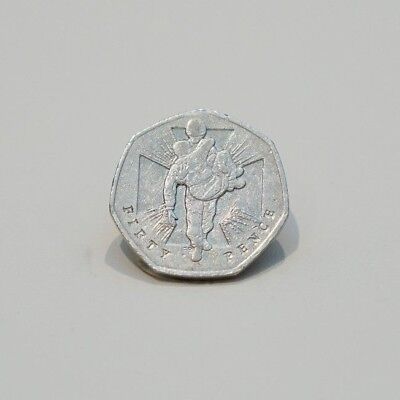 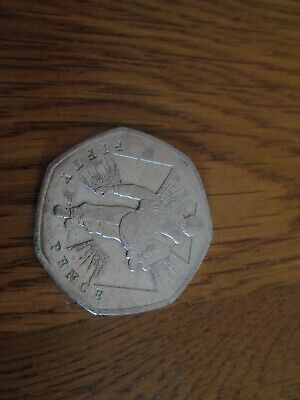 What’s the Wounded Soldier 50p worth?

With over 10 million of these coins in UK circulation this coin is common and worth face value. A coin collector may pay more to add this coin to their collection.

The Wounded Soldier 50p piece is the second of the Victoria Cross commemorative coins released by The Royal Mint, back in 2006.

It celebrates soldier bravery and is also known as the Heroic Acts 50p coin. Around 10 million coins were issued.

The 2006 Soldier 50p depicts one soldier carrying another wounded soldier in his arms from the field of battle. In the background is the Victoria Cross shape with a sunburst surrounding it.

Marking the 150th Anniversary of the institution of the Victoria Cross this thought invoking coin was introduced into UK general circulation in 2006 as a British Coin. So you may find one in your coin change or piggy bank!

The other VC 50p coin shows more of the Victoria Cross Medal. We guess the Royal Mint could not choose between the 2 designs so decided to release both.

In addition, there were collectors editions of these coins issued with a dual coin boxed set being the most highly prized presentation of these coins.

Watch the YouTube video below to see this coin for real.

Recent eBay sales of the Wounded Solider 50 pence coin would value this coin in circulated condition between 99p and £3 depending upon condition. See eBay listings for more.

How rare is the Wounded Solider 50p?

The official Royal Mint 2006 Soldier 50p page shows that 10 million of these coins were minted into general circulation.

09/05/202123/05/2021 UK Coins
We use cookies to ensure that we give you the best experience on our website. If you continue to use this site we will assume that you are happy with it.AcceptPrivacy policy