This coin commemorates the Centenary of the London Olympic Games of 1908 in 2008.

The lines depict a running track with the anniversary date of 1908 in the centre. The words LONDON OLYMPIC CENTENARY encircle the coin.

Along two tracks is the coin denomination of TWO POUNDS and the issue date of 2008.

TD in the lower left side of the coin are the initials of the designer Thomas Docherty. 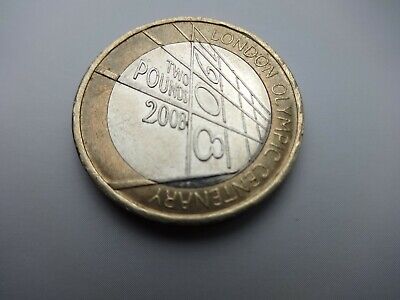 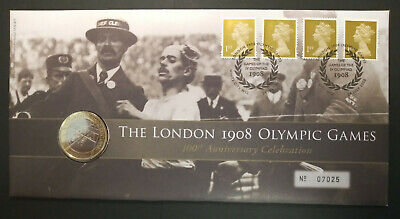 Recent eBay sold listings for this coin indicate that the current value for a circulated coin in good condition is £4.75.